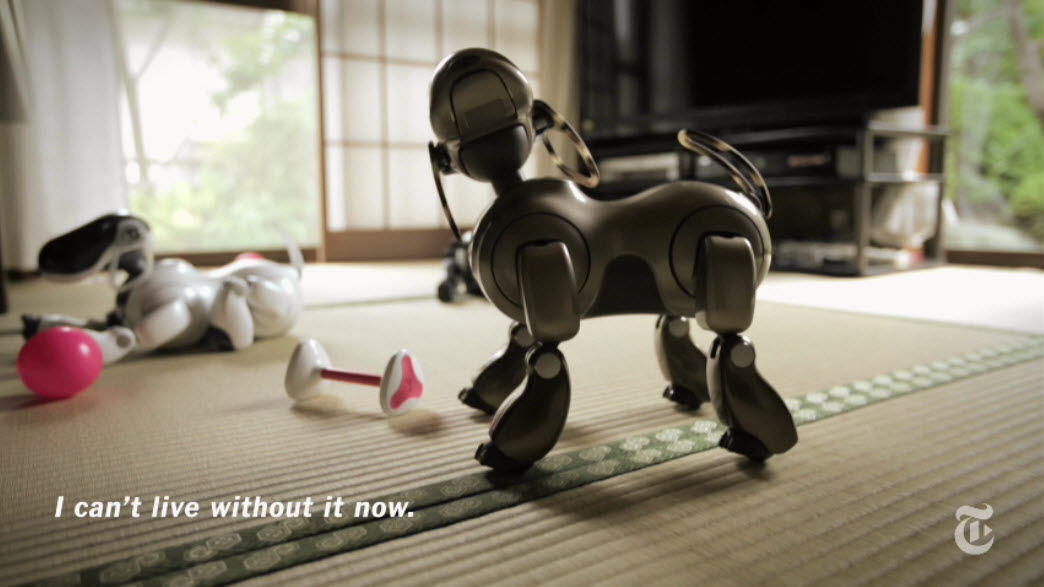 The New York Times recently interviewed a series of owners, whose Aibos are a central part of their lives, but are slowly having to come to the fact that their dogs have a life expectancy. The video shows the plight of current-day Aibo owners in a completely heartbreaking video.

Thanks to a shortage of parts, Sony stopped repairing Aibos in March 2014. Repair work is now left to home-grown technicians, who have to cannibalize some Aibos to fix others. On one level, it’s amazing that the dogs have lasted 16 years, way beyond what I’d ever expect of a gadget these days. But it’s also a sobering reminder that nothing — not even obedient, adorable robot dogs — last forever.

Watch the full video below.